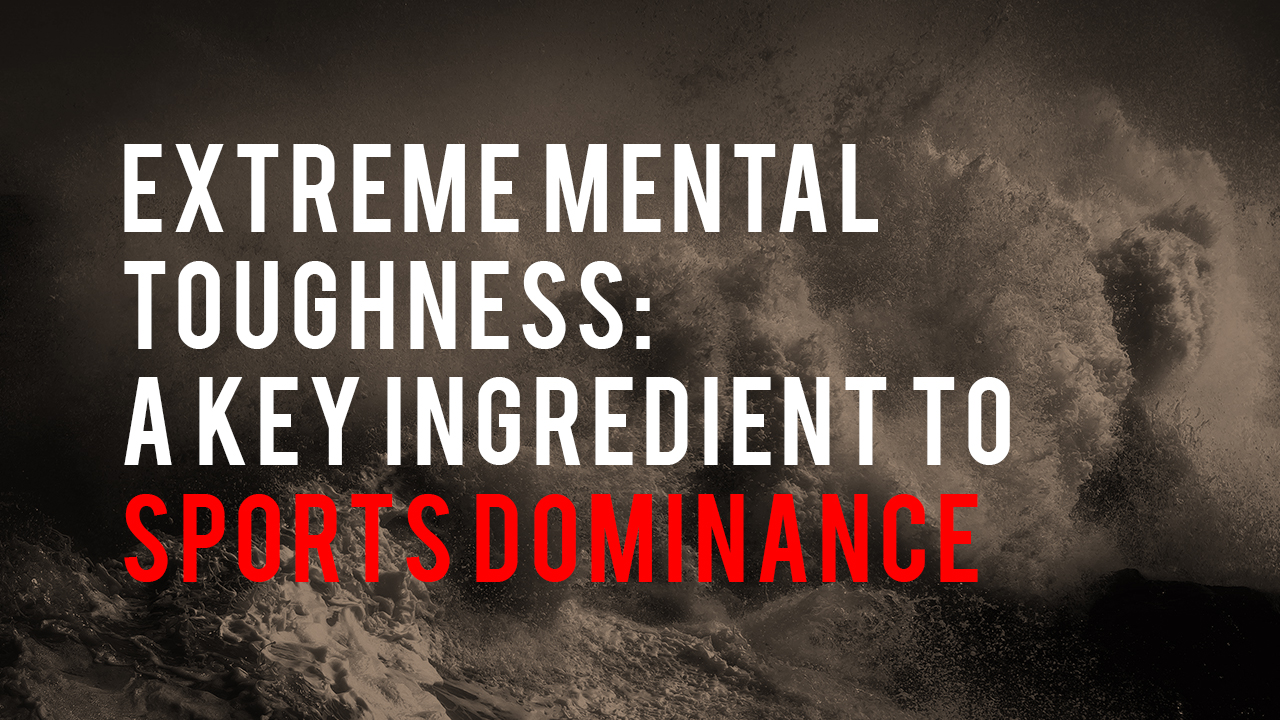 Most athletes regardless of the discipline they embrace would agree that extreme mental toughness is one of the key required characteristics that separate champions from the rest.

The list of examples is endless. Every sport has its heroes of mental toughness. In golf c legends like Gary Player and Tiger Woods, in tennis the formidable Andre Agassi  and the ice cool Bjorn Borg, in F1 Nicki Lauda who made a phenomenal comeback just weeks after an almost fatal accident, in cricket the Australian batsman Steve Waugh who had absolute singular focus on the ball at play regardless of what may have happened just seconds before.  Mohammed Ali in boxing of course who used his extraordinary mental toughness to erode his opponent’s confidence in and out of the ring. Rocky Marciano. 49 wins 0 losses. Only heavyweight champ ever to retire undefeated. The shortest heavyweight champ in history, shortest reach in heavyweight champ history, clumsy, easy to hit, cut easily and started boxing later in life than most fighters. But he was tough as a coffin nail, impervious to pain and unbeatable. The greatest right hand in the history of the sport; proven through his highest knock-out percentage (89.8%) of any champion in boxing, let alone heavyweights.

It’s fairly easy to spot an athlete who has not made it vital to cultivate and develop mental toughness: most of their reference points for victory and “excuses” for defeat are external: the coach this…, the manager that…, the weather…, the other team players…, the referee and so on.

On the other hand, champions that display above ordinary mental toughness  have from an early stage in their career  understood and continue to build their full understanding of exactly what it will take to conquer, the price they will have to pay to soar above average. They decide on it and even choose it. They drop any and all complaints. They very rarely blame.

Their reference points are primarily internal.

For me, the absolute greatest synonym in sport with titanium mental toughness is the Belgian tour cyclist Eddy Merckx.

Some younger non cyclist readers may not recognise the name. They would perhaps be more familiar with Lance Armstrong (who also was a master of mental toughness although all his victories were taken away for drug use).

When Merckx raced, he fixed his eyes on the goal ahead with unwavering dedication – he was a master of getting into the zone. He was poker faced all the way, only breaking into a broad smile after victory. He won the tour de France five times and also won the Giro d’Italia five times, the Vuelta a Espana once and the world championships three times”

But, it should be remembered that in the cycling world, the Tour de France is not the only race, as modern media may suggest to a non-cyclist. To Belgians winning the classic races are as important if not more so than the tour. Also, in the 1970s, the Giro and Vuelta had nearly as much prestige as the Tour de France.

Merckx won everything, repeatedly. His dominance would start in the spring, with the great classic one-day races. This led into stage races such as Paris Nice, the grand tours, World Championships, and then Merckx would still be winning the late season classics.

In the book Merckx: Half man half bike Merckx is quoted: “The day when I start a race without intending to win it, I won’t be able to look at myself in the mirror. I’m not saying that every time I race I go to the very limit of my strength. But when the opportunities appear I consider it immoral not to take them.”

There are too many factors you have to take into account that you have no control over…The most important factor you can keep in your own hands is yourself. I always placed the greatest emphasis on that.

PrevPreviousWhy being tough on yourself might not always be the best idea! and why less is sometimes more