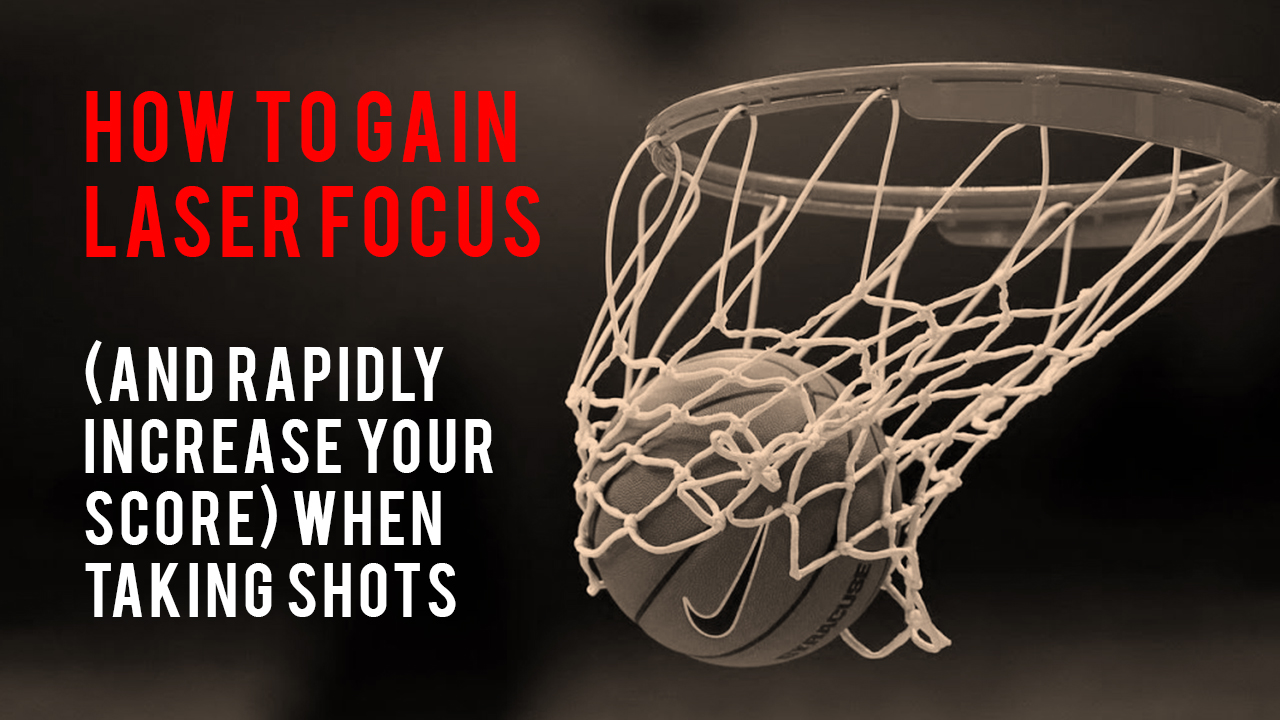 Many athletes train very hard which of course is a good thing. However, despite  the thousands of hours of repetitive moves – with the aim of getting continually  better –  many still fail to “nail the shot”, especially when under pressure. If this is you, read on!

There is no doubt that their body has mastered the move thanks to all the  technique learning and repetition. So why are they still failing to reach high  scores?

The part that is often somewhat overlooked is the mental side. Their training is  typically physically and technically strong however very often mental  development is insufficient.

Great champions of course have this covered. Think of Tiger Woods taking a  golf shot: he has long ago mastered the technique as have his competitors.  What gave him the edge was of course his mind.

I put this to test with some kids playing basketball at a nearby basketball  ground.

I was there on my own enjoying playing around with the ball and on the other  end of the ground was a group of 4 kids practicing shots at the basket. Could giving them some mental focus guidance make an immediate difference? I could tell that their rate of success at getting the ball through the basket was  not great although I could also tell that they were not novices. They had  technical skill and were very motivated. I approached them and asked them  how they were getting on. Then I told them I was a coach and asked if they  were interested in dramatically improving their score in just 20 minutes, just for  fun,  to which they answered a very enthusiastic yes!

Experiment on! I was excited.

They told me they played basketball regularly and loved the game. I asked them each to take their 10 best shots at the basket and we would count  how many went in. They took their shots. Many hit the ring but did not go in.  Some almost went in but spun back out. And others missed altogether. After  they all took their 10 shots we did the math: their group average was 4 out of 10  balls in the net.

So what was missing in their game?

So what was the result? In 20 minutes they took their average combined score form 4/10 to  8/10. Granted they were not pro players however their technical skills  were already pretty good. They had practiced a lot. They were more  than pleased!

Give it a go. This can be used for most sports where precision shooting  is required.

Want to get real good at this in your sport? Drop me a line.

PrevPreviousWhat goes on in the mind of a Moto GP rider charging around the track at 150 mph?
NextWhy being tough on yourself might not always be the best idea! and why less is sometimes moreNext