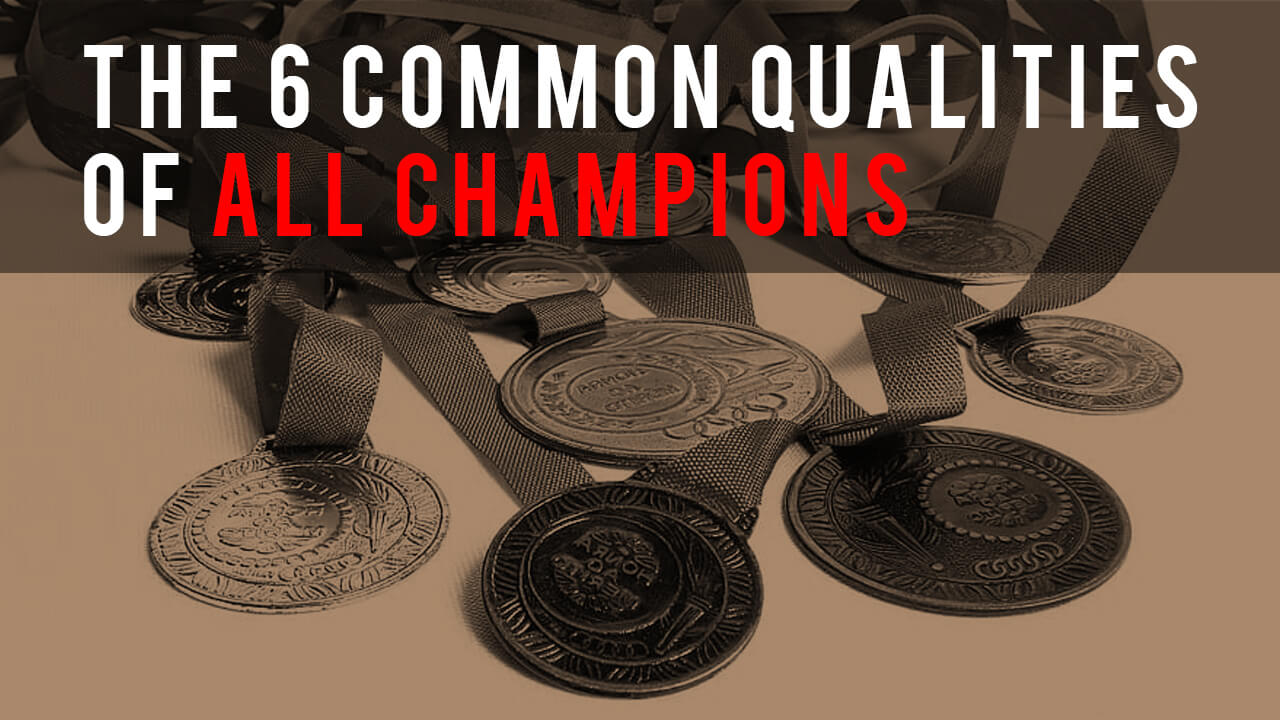 1. The hunger to win and dominate

This is probably the most essential ingredient to sustained victory. Without it, something will inevitably get in the way. This hunger is ideally fueled by a positive deep passion for the sport, the game, reaching and expressing some form of quest for greatness. A driving force that nobody can take away or diminish. And even if it is fueled by less positive motives,such as an insatiable need to prove oneself, the desperate need to prove someone else wrong (“dad tried to force me to become an accountant so I became a footballer”) or other mechanisms of the ego, ultimately hunger is hunger and without it one is unlikely to go the extra super tough mile!

In his book “Half man, half bike” Eddy Merckx, the legendary Belgian cyclist, considered the greatest cyclist of all time as well as the greatest in Tour de France history, when questioned about whether it was fair to win so much, Merckx replied: “The day when I start a race without intending to win it, I won’t be able to look at myself in the mirror. I’m not saying that every time I race I go to the very limit of my strength. But when the opportunities appear I consider it immoral not to take them.”

2. They have conquered themselves first and are ready to conquer others

Champions know that the ultimate competitor is their own potential. They use others to help access and express it. Many top golfers display this quality. They relish playing against greater players as it opens up the possibility of a great game and accelerated personal improvement. They cause each other to excel and celebrate each other’s success.

They do not take anything personally, that is they do not let external events dictate the level of their inner self confidence and self esteem. This is always 100 percent. They bring that power to their training and competitions. They look at what is present and what is missing and get to work.

Muhammad Ali knew the absolute importance of unshakeable confidence and sought to rattle his opponents of it even before the contests even began, through banter and insults at promotional meetings and on TV. It was never personal. It was a tactic.

4. They are in a continuous state of training

Training is not just at the club or on the field during “training hours”. Training is 24/7. Victory is a game of inches and they know this. They are looking to gain that edge across all their activities in and out of sport: mentally, physically and emotionally.

You are only as good as your weakest link. Often the weakest link is stuff outside of sport that is at risk of flowing into sport: disorganization, procrastination, relationship challenges, financial difficulties, family issues and so forth. They use all these as their training ground to build their character, overcome weakness and become the best version of themselves so that when they show up for the decisive event, they are fully present. Tiger Woods learned this the hard way despite all the extraordinary mental training he had gone through ever since childhood. A “curve ball” from his “private life” took him out of competition for a long time.

5. They have the ability to get the job done under any circumstance

Great champions have learned to use their thinking power as well as their physical power. They take time out to think deeply about where they are at and what they are facing. They work smart as well as hard. They leverage other people’s experience and expertise. They fully understand the value of teamwork and seek the best possible mentors and guides they can find. Like a great chess player, they seek to be in a position where they are a few moves ahead.

6. They remain equally determined in the face of failure, mistakes, setback and criticism

They do not make setbacks or failures mean something about them. They do not let these harm their self esteem (ie: “I am not good enough!”). They keep it at arm’s length and they look at what still needs to be provided, improved, adjusted or dropped in order to prevail. They see mistakes, failure and other such factors as FEEDBACK and adjust their course of action as a result. Feedback is the breakfast of champions!

Are any of these keeping you awake at night? Reach out to me for a 90 minute complimentary chat quoting this blog.

NextWhy continually focusing on the medal may will rob you of the victory you so aspire to win! And what to do insteadNext